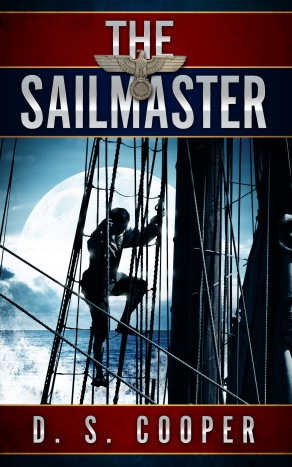 There is something evil about this ship which must be resisted.

Boatswain Kurt Barlow has long been haunted by the death of a teenage shipmate aboard the US Coast Guard Academy’s training ship Eagle, and by the ship’s past as the Segelschulshiff Horst Wessel, when it was used to train naval cadets and Hitler Youth for Nazi Germany. After Barlow’s behavior becomes erratic during his final voyage before retirement, ship’s doctor Anna Neuman suspects that his apparent hallucinations are the result of post-traumatic stress and the onset of Schizophrenia. But before she can treat Barlow’s symptoms, Doctor Neuman must get past his assistant and protector, Seaman Lacy Porter.  So on this twenty-one day crossing of the  North Atlantic Ocean aboard the majestic square-rigged vessel, the two women fight against stormy seas and each other to save Kurt Barlow from the agony of his own nightmares.

The Sailmaster can be found in the Kindle Store at  http://www.amazon.com/dp/B01ETGNRG4